Books are one of the main ingredients in The Paladini Potpie. Every one of us love to read. We all read all the time.

When the kids were little, we had family reading time almost every night. As soon as the dishes were done we would hurry into the living room and John would read out loud to us.

I know it sounds like a corny scene from The Waltons…but to be honest, I don’t know.  We never watched The Waltons or even Little House on the Prairie because we didn’t have television.

We agreed with Groucho Marx, who said, “I find television very educating. Every time somebody turns on the set, I go into the other room and read a book.”

Corny though it may be, I wouldn’t trade those memories for anything!

John would sit in his chair and one of the kids would bring our book over to him. John would surreptitiously flip the book upside down and begin to utter nonsense words in a sonorous reading voice.  The kids would scream with laughter and run across the room to snatch the book from him and turn it right-side-up.

I wish I has a picture of it, but I wasn’t as camera-crazy then as I am now.  But it’s firmly locked in my memory since I think I witnessed the scene more than a hundred times over the years.

John read aloud and the rest of us listened. Sometimes the kids played with beads or we made those little woven potholders or knitted. Sometimes we just sat and listened.  They were golden hours. 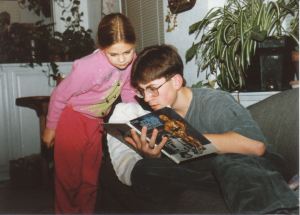 One More Chapter, our family business has grown out of those years of reading together.  As we state on our web site:  “When it was time to put the book away, and put the children to bed, a chorus of “ONE MORE CHAPTER!” was their impassioned plea.  Every book lover has experienced that same dilemma – sleep or read? Oh well, maybe just One More Chapter!” 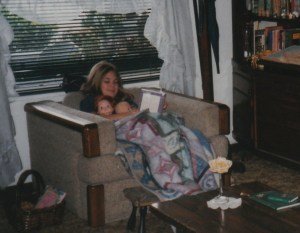 Little House in the Big Woods by Laura Ingalls Wilder

Little House on the Prairie by Laura Ingalls Wilder

On the Banks of Plum Creek by Laura Ingalls Wilder

By the Shores of Silver Lake by Laura Ingalls Wilder

Little Town on the Prairie by Laura Ingalls Wilder

The Chronicles of Narnia (series of 7 books) 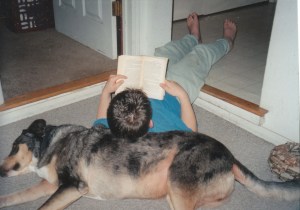 The Lion, The Witch and the Wardrobe by CS Lewis

(*The real book number 1 in the series)

The Voyage of the Dawn Treader by CS Lewis

The Silver Chair by CS Lewis

The Horse and His Boy by CS Lewis

The Magician’s Nephew by CS Lewis

The Last Battle by CS Lewis 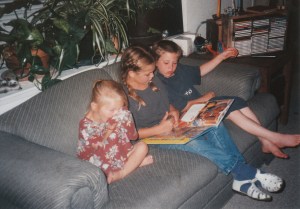 The Water Babies by Charles Kingsley

The Railway Children by E. Nesbit

Little Women by Luisa May Alcott

Little Men by Louisa May Alcott 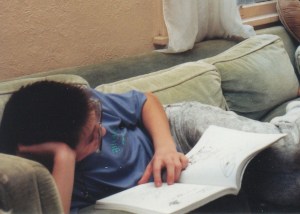 Island of the Blue Dolphins by Scott O’Dell

The Borrowers by Mary Norton

The Borrowers Afield by Mary Norton

The Borrowers Aloft by Mary Norton

The Borrowers Avenged by Mary Norton

The Baronet’s Song by George MacDonald

The Phantom Tollbooth by Norton Juster

The Lion, The Witch and the Wardrobe by CS Lewis (Repeat)

The Voyage of the Dawn Treader by CS Lewis (Repeat)

The Horse and His Boy by CS Lewis (Repeat)

Through Gates of Splendor by Elisabeth Elliot

The Robe by Lloyd C Douglas

The Cross and the Switchblade by David Wilkerson 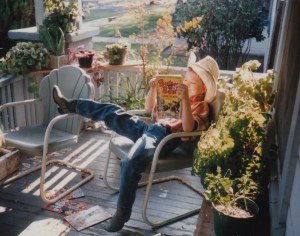 The Yearling  by Marjorie Kinnon Rawlings

The Wind in the Willows by Kenneth Grahame

Out of the Silent Planet by CS Lewis

The Year of the Dream by Jane Collier

The Dawn of a Tomorrow by Frances Hodgeson Burnett

The Persecutor by Sergei Kourdakov 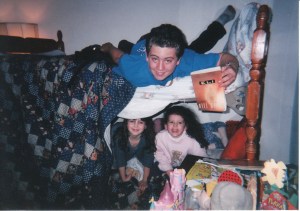 That Reminds Me of a Story by Gale D Erwin

An Old Fashioned Girl by Louisa May Alcott

By the Great Horn Spoon!  by Sid Fleischman

The Ballad of Lucy Whipple  by Karen Cushman

God Happened to be in the Neighborhood by Ken Jones

The Mystery of the Brass Bound Trunk by Carolyn Keene

The Witch of Blackbird Pond by Elizabeth George Speare 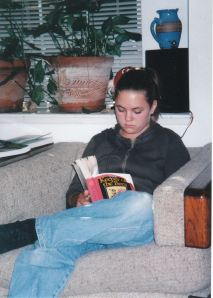 Under the Lilacs by Louisa May Alcott

No Graven Images by Elisabeth Elliot

A Wrinkle in Time by Madeline L’Engle

The Hobbit by JRR Tolkein

Murder for Her Majesty by Beth Hilgartner

The Cat of Bubastes by GA Henty

I Thought my Soul Would Rise and Fly Away  (DearAmerica)

Across the Wide Prairie (DearAmerica)

The Winter of Red Snow (DearAmerica)

Riders of the Silver Rim Brock and Bodie Thoene

With Lee In Virginia G.A. Henty

Of Mice and Men – John Steinbeck

This Present Darkness by Frank Peretti

The Fellowship of the Ring by JRR Tolkein 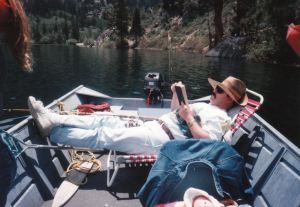 Hans Brinker or The Silver Skates  by Mary Mapes Dodge

All Creatures Great and Small by James Herriot

Travels with Charlie by John Steinbeck

The Fellowship of the Ring JRR Tolkien

Return of the King JRR Tolkien 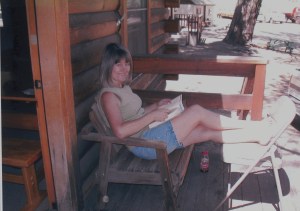 One More Chapter sells used books online at   AbeBooks, Alibris,  Half Price Books, Barnes a& Noble, and Amazon.  We also sell from our own web site OneMoreChapter.org.  We have thousands of titles for sale.

In another post I’ll tell you about our newest adventure: One More Chapter Publishing.