You might recognize this recipe as something like Egg Foo Young. (It’s a young cousin to that dish.) None of us remember when it became known as Egg Foo Daddy, but for as long as we can remember that’s what we’ve called it. John has always made it with the kids when we have leftover Chinese food. And we’ve even been known to order more than we’ll eat just so there will be leftovers.

Here’s how to make it:

Use leftover fried rice or chow mein – just about anything works. And in our opinion, the more savory the better! 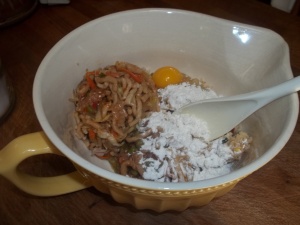 Mix in 1 egg for each 2 cups of Chinese food, adding about a tablespoon of flour. Mix well. 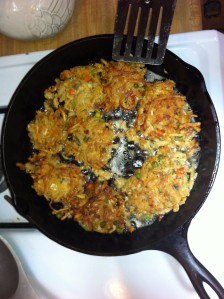 Heat about  ¼” oil in a heavy frying pan. Drop mixture, by heaping tablespoons, to make patties. Fry until they’re golden brown and crispy. 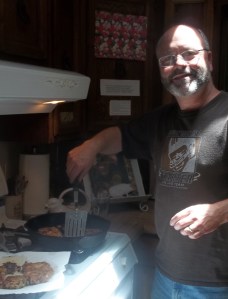 Immediately drain the patties on a paper towel when you take them out of the frying pan.

Serve with a few fresh veggies and your favourite dipping sauce.