“On a scale of 1-10, how is your pain?”  I never know what to say. I have a fairly high pain tolerance, but I want to be accurate, so I stare at the little faces on the chart, and ponder.

There have been a few times in my adult life that I’ve had an infection, and let it go too far because it wasn’t hurting that much. Case in point: I’m in the middle of an ongoing dental problem right now because my tooth was hurting, but I didn’t realize how serious it was.

And then there are a lot of really sensitive people who feel pain quickly and seriously. They are “off the chart” at a place I might consider mid-range.

In addition to being asked how strong the pain is, sometimes we are asked to describe it. Is it a sharp pain? A dull ache? Throbbing? Once in a while I have something that I would describe as “an echo” of a headache. Would anyone understand what I mean by that? 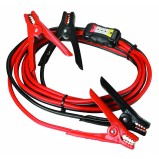 So I’ve been thinking how cool it would be if “they” could invent a pain machine. It might look like a set of jumper cables. The doctor would hook one side of the cable to the patient and the other side to himself, and he could feel exactly what I feel. All of the guesswork would be gone! No need to explain or translate what I mean by “an echo of the pain”. The doctor would actually feel my pain and know exactly what to do. Cut to the chase!

I think about this a lot. But the other day, as I was sitting in the dentist’s waiting room, trying to figure out how I was going to describe how my tooth was feeling, a whole new concept opened up to me. It was like when you’re doing a jigsaw puzzle and one of the pieces suddenly makes sense. In other words, a light bulb went on in my head!

This idea of personally experiencing the pain is pretty much the same idea God had when He “put on flesh” and came to earth as a man. The Eternal God who created all of us made himself nothing by taking the very nature of a servant, and being made in human likeness. And being found in appearance as a man, he humbled himself by becoming obedient to death — even death on a cross!

I don’t want to oversimplify the Incarnation, but in reality God became man; and part of the reason was so that He could personally experience the things we experience as human beings. The pain, the frustration, the rejection and heartbreak… Hebrews 4 says “We do not have a high priest who is unable to empathize with our weaknesses, but we have one who has been tempted in every way, just as we are—yet he did not sin.”

When I talk to God I don’t need to ponder a pain chart and make a guess somewhere between 1 and 10. We are actually hooked up and He knows exactly how I feel!

4 thoughts on “I Feel Your Pain”