Meet Mr. and Mrs. DVD. They are a well-rounded pair, but they don’t know it. When they look at each other all they see is a straight line.  If they could move around, and circle each other, looking at each other from any direction, it would be  the same. Flat, straight lines.

I, however, am a higher power to Mr. and Mrs. DVD. (I actually created them.)  I can see them as flat lines, but I can also see their perfect roundness.  Mr. and Mrs. DVD can’t even comprehend the idea of roundness.

I’m reading Flatland by Edwin Abbott.  It’s not an easy read, but it’s worth the work. It really makes you think! John read it a few years ago, and it has prompted so many conversations between us – you know those deep, dangling, metaphysical discussions that never resolve, but create more deep, dangling, unresolved ideas.

That’s how Mr. and Mrs. DVD were born.

So here they are. The DVDs are contentedly living on this flat shelf of life. They have no idea of roundness or depth. No concept of the beautiful rainbow shimmer up on their surface. (They can’t even grasp the idea of up.)  All they know is their flat dimensions of length and width.

Their eyes have not seen, and their ears have not heard and their minds can’t even imagine all the dimensions we know. And they can’t imagine the potential they have within themselves.

But I know all about their potential.  I know what I created them for  – to provide stirring music and beautiful pictures!  That’s what’s inside them – their very essence.

So here I am in 3D Timeland. My mind can only comprehend length, width, depth, and time – but physicists and mathematicians keep finding new dimensions.

I looked it up on the internet, (Who would have even imagined the internet 25 year ago?!) and this is what I read “In physics the question is still somewhat open. Originally we believed there were only three, but Einstein demonstrated that time was another dimension, and thus established that there were four (three spatial and one time). Recently, certain problems in physics have suggested that even “higher” dimensions exist. These dimensions are purely (as far as we know) spatial, but are “wrapped up” tightly around themselves, and are thus invisible and undetectable in most situations.

That hurts my head.

The point is this. There is One who is the ultimate High Power – God. He created us. He can see each of our lives in the same dimensions we can. But since He is in a higher dimension, He can see far beyond that. He has created us with eternal potential, and He has plans to give us a future and a hope that is beyond our imagining. 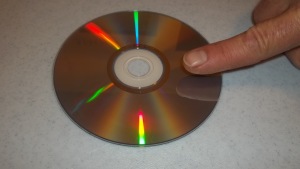 If someone held a finger just a fraction of an inch above Mrs. DVD she wouldn’t know it. The finger would be in a dimension higher than her experience.  Even if it was almost touching her, she couldn’t comprehend it.

But if she had a soul – intellect and feelings  – she would probably sense the reflection of a higher reality, of something greater than herself.

Our Creator is close. In Him we live and move and have our very being. He is in another dimension, but He created us with souls, and with the ability to catch glimpses of the higher reality reflected all around us. He has given us the capacity to realize there are dimensions far beyond what we see in this world. And He wants to reveal it all to us.